Following and showcasing the best in Grime music. 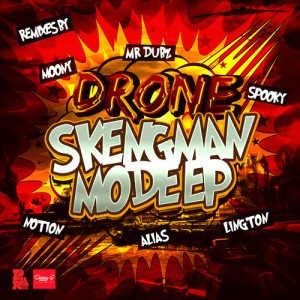 I’ve been waiting for this since I saw it make an early appearance on Drone’s Soundcloud a few months back. Why? Cos it’s brutal. Brutal like, well… a drone strike on a wedding party, and, as it’s finally out on January 5th backed with a heap of remixes, I thought I’d cast an eye over it and see what what was on offer. END_OF_DOCUMENT_TOKEN_TO_BE_REPLACED

Mode FM’s DJ 187 provides the weekly chart this week, and comes with something a little bit different too, namely his top ten remixes/refixes/bootlegs and edits of all time! As you’d expect, picking a top ten was no easy task, and DJ 187 was still changing his mind up until today, but, featuring tracks from Rapid, 50 Cent, and Dizzee Rascal, here’s 187’s chart in full… END_OF_DOCUMENT_TOKEN_TO_BE_REPLACED 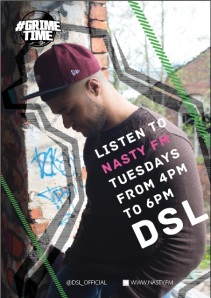 “It’s all about the energy in the mix, not always the selection”, says DSL OFFICIAL, and the energy contained in this mix is a perfect example of why you should be tuning in to his #GrimeTime Show on Nasty FM! I’ve spoken to DSL OFFICIAL quite recently, and you can read that here, but, as you’d expect, I had a few more questions for him regarding the mix, and also just how long he thinks his hearing will last if he plays bangers like this… END_OF_DOCUMENT_TOKEN_TO_BE_REPLACED 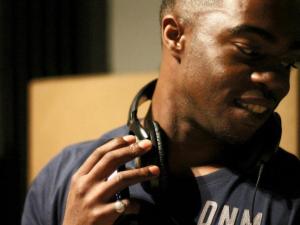 “Underrated” is a word that’s used far too much, but it’s the most apt word to describe not only Styler, but his entire crew, GFam. In Fact, when you think of the talent that’s in, or has been in the crew – Styler aka Stylez, Dimples, Rinse, and Random Impulse (now going under the name Jovel) – the lack of love shown by the fans is ridiculous.
Undeterred by the lack of support, Styler and GFam have carried on releasing solid releases, and Styler himself was recently able to release a Greatest Hits mixtape, which you can download for free below. With his first album out very soon, and a new single, “Architect” on iTunes now, I thought I’d ask him what we expect on the forthcoming album, if he feels he gets enough respect as an MC, a few questions on GFam and more… END_OF_DOCUMENT_TOKEN_TO_BE_REPLACED

The chances are that if you ask any Grime fan about particular labels that they rate, that Oil Gang would be one of the names on most people’s lists. The reason for that? Easy, they push out sick instrumentals from a who’s who of producers including Spooky, JT The Goon, Darq E Freaker, and more. Oil Gang also have a hand in running Boxed, one of the most successful grime nights in effect at the moment, so already know that I had a tonne of questions, which, thankfully, Simon from Oil Gang was happy to answer.  END_OF_DOCUMENT_TOKEN_TO_BE_REPLACED

If you were locked in to Spooky’s Birthday show on Mode FM a while back you can’t fail to have been impressed with Majicall.
More than END_OF_DOCUMENT_TOKEN_TO_BE_REPLACED

Grime Culture at its best